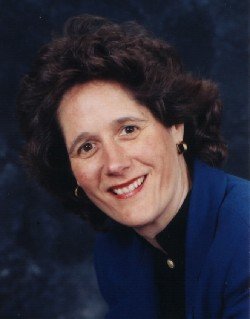 The event, which was held in the Frist Campus Center in room 302, was free and open to the public and sponsored by the Princeton University Women’s Center. DeBoer’s lecture is part of the Princeton Varsity Club’s speaker series, presented by Glenmede.

DeBoer is an accomplished athlete, coach and athletic administrator. She is the author of the 2003 book Gender and Competition: How Men and Women Approach Work and Play Differently, as well as multiple articles and book chapters on the topics of competition, gender, coaching, intercollegiate athletics and sports medicine.

DeBoer’s involvement in intercollegiate athletics spanned 23 years. She began her career as a volleyball coach for Ferris State University, and then became head coach at the University of Kentucky. Under her guidance, the Wildcats won three Southeastern Conference Championships and made four NCAA tournament appearances in nine seasons. DeBoer spent nine more years in the University of Kentuckyathletics department as an administrator, finishing her intercollegiate career as Senior Associate Athletics Director. In this role, she directed a $30 million capital campaign that financed an outdoor tennis stadium, an academic center, a softball/soccer complex, and a football offices complex. She also created an endowment seat program that raised $3.5 million for student athlete scholarships and increased annual giving to the school’s Blue and White Fund by $3 million per year. Her brainchild, the “Eruption Zone” section of the school’s Rupp Arena, has increased student access and participation at Kentucky basketball games. She also served as the chair of the Finance Committee of the NCAA Division I Business and Finance Cabinet from 1997 to 1999 and was the SEC representative to the NCAA Division I Management Council from 1999 to 2002.

The scope of DeBoer’s athletic career stretched beyond the NCAA. She was an advisor to the USA Women’s National Team from 1988 to 1996, and was part of the coaching staff for three Olympics Sports Festival teams and the 1998 World University Games Team. DeBoer also assisted at the 1993 Grand Prix, the 1994 World Championships and the 1996 Olympic Games.

As an athlete, DeBoer played basketball at Michigan State University. She also competed professionally for two years in the Women’s Basketball League, one of the first professional leagues for women in the United States.

DeBoer holds a B.A. in Humanities from Michigan State University (’78) and an M.B.A. from the University of Kentucky(’88). She is currently the Commissioner of General Services for the Lexington-Fayette Urban County Government inKentucky. In this capacity she oversees Parks and Recreation, the Lexington Sports Authority, the Blue Grass State Games and a variety of other administrative areas including Property, Construction, and Fleet Services. She also has conceived and developed the Tubby’s Clubhouse/Dell TechKnow project, which provides computer equipment and training to underserved Lexington residents. The program is funded in part by the Tubby Smith Foundation and Dell, Inc.

The Jake McCandless ’51 PVC Speaker Series was endowed in the name of J. L. “Jake” McCandless ’51, who coached Princeton to the 1969 Ivy League football championship during the Tigers’ centennial year of football.
Previous: Myles Brand, NCAA President
Next: Erik Weihenmayer