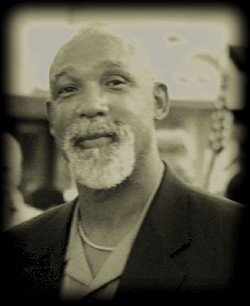 John Carlos, an Olympic and Pan-American Games medal winner and NCAA Champion, made waves across the world when he and fellow American Tommie Smith raised their black-gloved fists on the medal stand at the 1968 Summer Olympics in Mexico City.

Carlos is an African American former track and field athlete and professional football player, and a founding member of the Olympic Project for Human Rights. He won the bronze-medal in the 200 meters race at the 1968 Summer Olympics, where his Black Power salute on the podium with Tommie Smith caused much political controversy. He went on to equal the world record in the 100 yard dash and beat the 200 meters world record. After his track career, he enjoyed brief stints in the National Football League and Canadian Football League but retired due to injury. He became involved with the United States Olympic Committee and helped to organize the 1984 Summer Olympics. He later became a track coach at a high school in Palm Springs, where he now resides. He was inducted into the USA Track & Field Hall of Fame in 2003.

The Jake McCandless ’51 PVC Speaker Series was endowed in the name of J. L. “Jake” McCandless ’51, who coached Princeton to the 1969 Ivy League football championship during the Tigers’ centennial year of football.
Previous: Coaches Luncheon – Winter 2011-12
Next: PVC on the Road at Citizens Bank Park Spring ’12