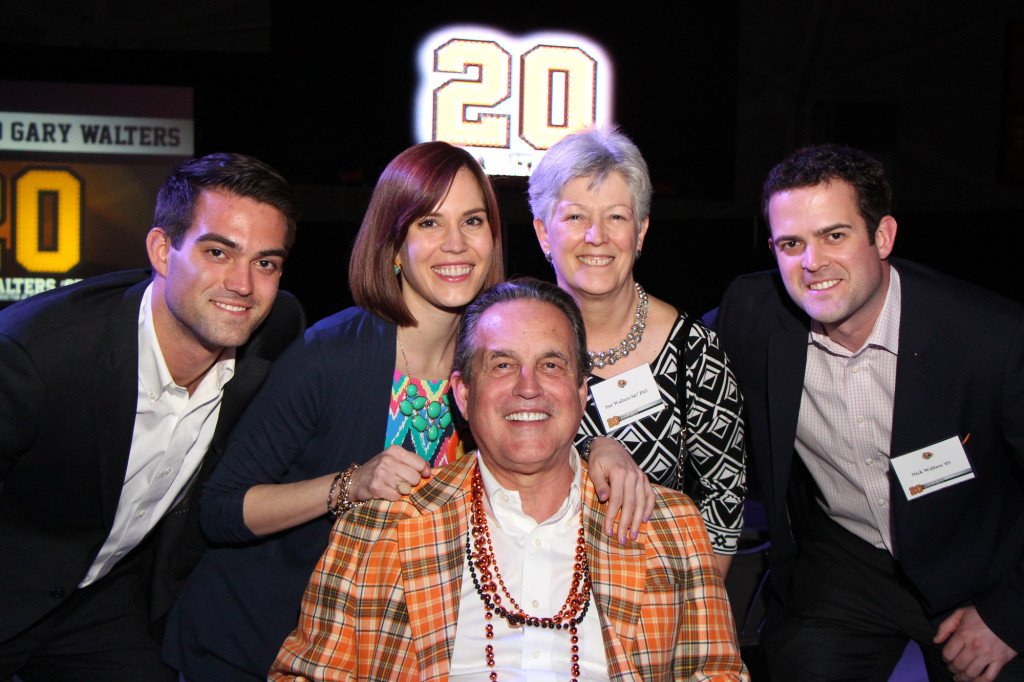 The formal part of the evening featured tributes – both heartfelt and humorous – to Walters from those who have been his friends and colleagues from his time at Princeton and long before. There were speakers, including University president Chris Eisgruber and Vice President of Campus Life Cynthia Cherrey, as well as former teammates like Chris Thomforde and Larry Lucchino, Princeton’s Hall-of-Fame basketball coach Pete Carril (who was also Walters’ high school teacher and basketball coach) and former Princeton Deputy Athletic Director and current University of Chicago AD Erin McDermott.

Many others offered “Roasts” and “Toasts” by video, including another Walters’ teammate, Bill Bradley and Bill Ford, who spoke about how the theme of “Education Through Athletics” inspired him to endow the Director of Athletics position.

The evening featured nearly 500 guests, who came from every area of Walters’ life, from his youth in Reading, through his playing days, coaching days, business days and finally his long tenure as AD.

From a much more in-depth look at the evening, click to read Monday’s TigerBlog – “From The House On Gordon Street.”