Tiger Athletics Give Day raises over $1.2M – Thank you, Tigers!

The Princeton University Department of Athletics recently concluded its first “Tiger Athletics Give Day (#TAGD),” a 24-hour online fundraising initiative that resulted in over 7,400 gifts totaling more than $1.2 million. The funds raised from the day will be used to support a wide range of needs and opportunities for each of the 38 varsity athletic teams, which go above and beyond department funds: international and out-of-region travel, specialized equipment and technology, marketing and branding, on-campus recruiting, team banquets, community service opportunities, and more.

The give day, held on Dec. 2, was promoted in conjunction with the 150th anniversary of the birth of intercollegiate athletics at Princeton, which dates to a Nov. 22, 1864, baseball game against Williams.

“We are thrilled with the success of our first Tiger Athletics Give Day,” said Ford Family Director of Athletics Mollie Marcoux ’91. “Not only did we far exceed our original goals, but the Tiger community came together in a special way to show its unequivocal support for the tireless efforts and talent of our coaches and student-athletes. We are so grateful for the support of our devoted alumni, parents and friends and for the creative and collaborative efforts of our coaches, administrators, staff, volunteers and colleagues around campus. Money raised on #TAGD will be used to allow our athletes to continue to achieve, serve and lead through their athletic experience.”

The Princeton Varsity Club Board of Directors challenged the teams to reach a minimum of 1,150 total gifts and 10 new lifetime PVC members. Once these goals were met, the funds were released for 2 different competitions among the 18 Athletic Friends Groups–1) highest group participation percentage and 2) most total donors. Due to an aggressive social media campaign, the donor goal was reached early in the day and ultimately exceeded by more than 6,000 additional gifts. “We are extremely thankful for the tremendous support of the Office of Development who worked so diligently to process all of the gifts associated with #TAGD,” said Marcoux.

The previous record for highest number of gifts to the Athletics Friends Groups and the PVC in a single year was 5,660 in fiscal year 2014. The 7,406 gifts received on one day as part of TAGD is a 31% increase from last year’s year-end totals, and a new all-time donor record with six months still left in the fiscal year.

The biggest winners of the challenge funds were the Princeton University Rowing Association (with 1,152 overall donors) and the Friends of Water Polo (with 56.3% participation), who each earned an additional $25,000 in challenge funds.

The Princeton Football Association was also a winner on #TAGD, raising the most total dollars during the single day event.

The Princeton Varsity Club also achieved its lifetime membership goal by securing 15 new lifetime members as part of Tiger Athletics Give Day. As a result, the PVC won an additional $20,000 of challenge funds in support of events and programs that benefit all 38 varsity athletic teams.

More information can be found at tigerathleticsgiveday.com or on the Princeton Varsity Club website at PrincetonVarsityClub.org.

To see more photos from the event, click here. 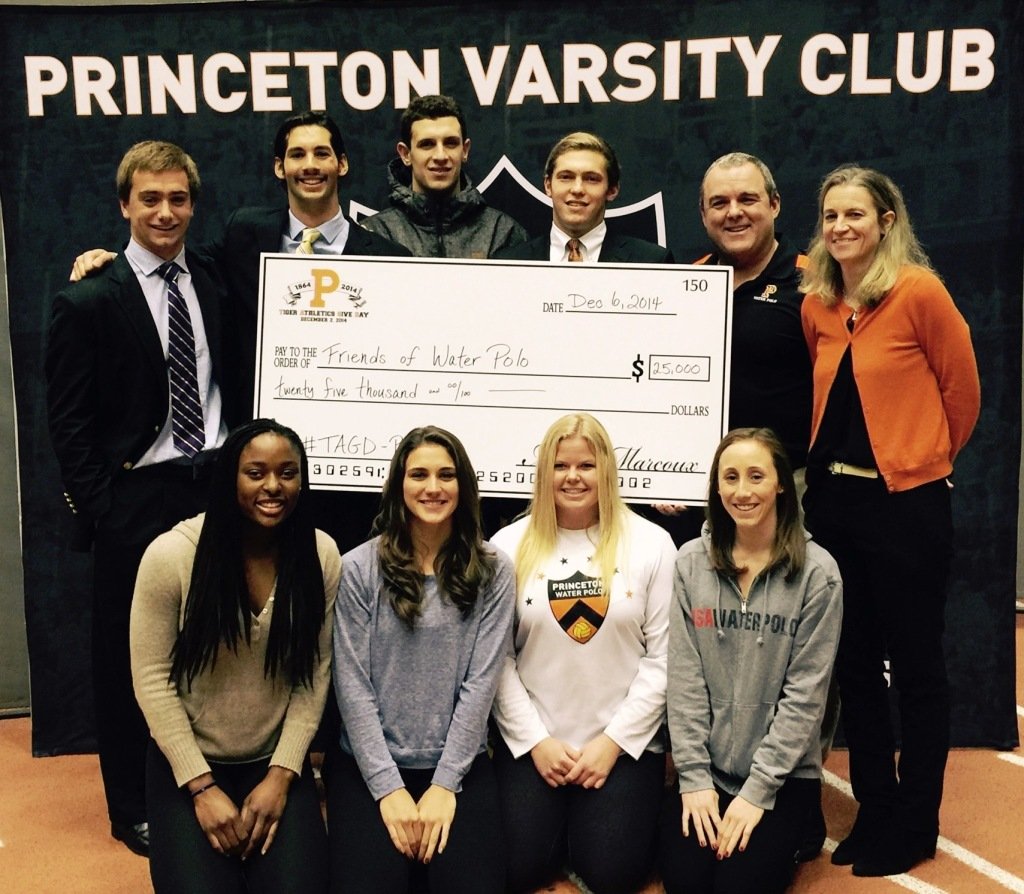