The Princeton Varsity Club hosted the winter edition of our Coaches Luncheon on Thurdsay, February 13 on the campus of Princeton University. Thank you to our loyal PVC Members, Corporate Partners, and members of the “Team Around the Team” that attended the event in support of our Tiger coaches and student athletes.

Following the remarks by our head coaches, a student athlete from each of the teams represented took part in a panel discussion moderated by Ford Family Director of Athletics Mollie Marcoux Samaan ’91. The student athletes, noted below, offered a behind-the scenes perspective into their experience as Princeton student athletes and shared examples of the opportunities Princeton Athletics has afforded them to Achieve, Serve, and Lead on the field, in the classroom, and in their community.

In addition to speaking on the panel, Cox was also honored as a recipient of the PNC Bank Student Athlete Achiever Award for the winter season, also with Morgan Steelman ’20 (women’s squash). This award recognizes outstanding achievement across academics, athletics and community service. Congratulations to our winners! 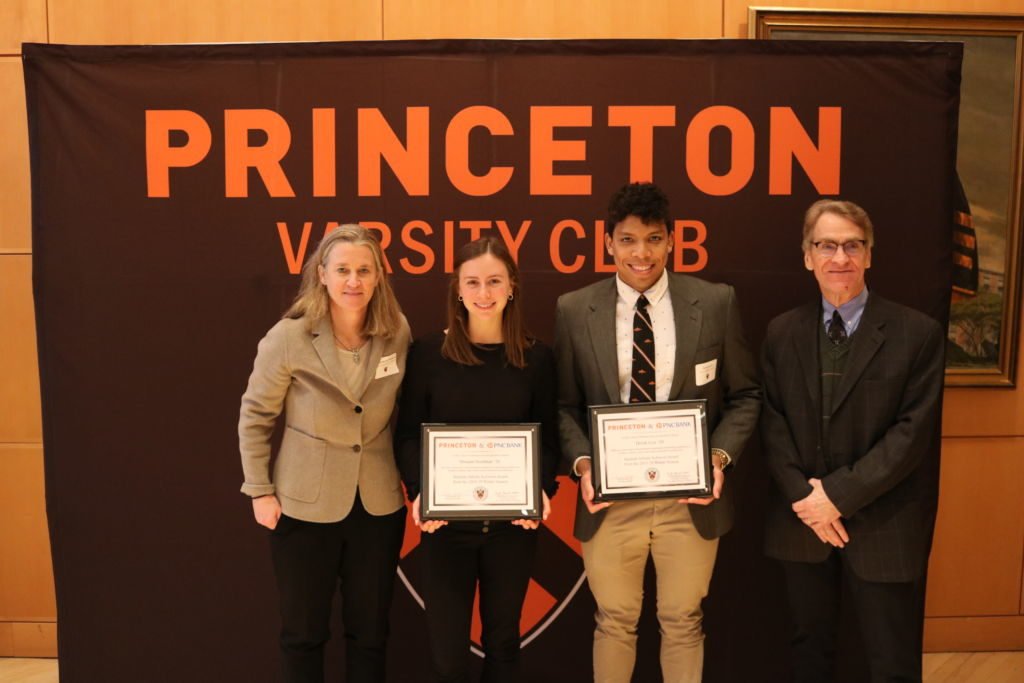