Class of 1980 & PVC Team Up to Benefit Columbus Elementary

Please note, this article was authored by Princeton University Communications as part of their #TigersHelping campaign. Click here for the original posting. 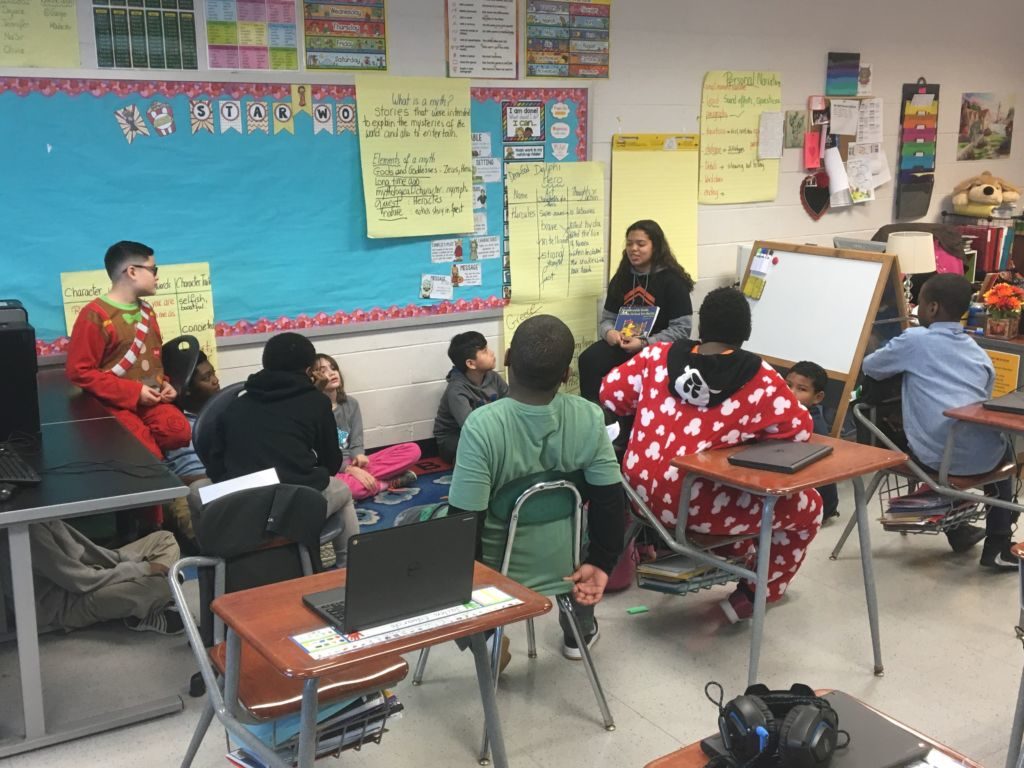 When the Class of 1980 learned that Reunions wasn’t continuing as originally planned due to the pandemic, the class quickly determined it wanted to keep one aspect of Reunions intact: its community service project. With its 40th reunion theme, “The Ties That Bind,” as a guidepost, the class had sought a project that had real impact and was meaningful to its members. The community service project included organizing and financing a book fair for a Princeton-area school so that underserved children could have their own books to read.

“When we were considering our community service project, we asked ourselves, ‘What are some of the ties that bind us back to the university?’ said Debra Kushma ’80, co-president of the class who spearheaded the project. “One of them was reading, which we did a lot of as undergraduates, and the second was the motto, ‘In the service of the nation.’ So, we wanted to find an initiative that supported reading as well as connected to undergraduates serving the community. Community service needs to be meaningful, and there should be a connection. After 40 years, it’s remarkable the connection that people still feel to Princeton.”

As the idea for the community project was developing, Kushma turned to the University Athletics department for support.

“I was the manager of the tennis team when I was at Princeton. My husband (’79) played tennis and my daughter (’13) rowed, so I’m familiar with the department,” said Kushma, who lives in New York City. “For the last 10 years or so, the Princeton Varsity Club has been sponsoring Reading with the Tigers [a program where student-athletes read books to children from area schools] so we thought it would be perfect to donate to a school where Tigers were reading to the school community.”

Kushma contacted Mason Darrow, assistant manager of Athletics Advancement, who manages the program. He began to research which schools in the area would be receptive to a book fair.

“I reached out to a number of area schools in Princeton and nearby Trenton,” Darrow said. “One school in the Princeton area let me know that the library was well stocked and to offer the books to another school. Columbus Elementary School in nearby Trenton was eager to participate in the book fair with the Class of 1980. Because of the Reading with the Tigers program, we were very familiar with the school.”

With the book fair recipient identified and Scholastic Book Fairs chosen as the initial vendor, Kushma came to Princeton in February to discuss specifics with Darrow. The two visited Columbus Elementary to meet with the head reading teacher and principal to better understand the needs and how to construct the program.

“The teacher and principal were beyond thrilled,” Kushma said. “We happened to visit during Black History Month [February] and the next was Women’s History Month [March], and they let us know how few books they had on these subjects, so they have a real need for books for their students and for the school.”

Funding the book fair was moving forward when Reunions was canceled, but to ensure the overall book funding goal was met, the class’s reunion committee asked classmates if they would consider reallocating a portion of their Reunions refunds to the project. Kushma estimates that of the 275 classmates signed up for Reunions, over 50 percent donated funds to the project.

While it’s still not known how or when the books will get to the school, the project will move forward as soon as it is safe.

“We were able to raise enough money to purchase 1,980 books, and we love that number because obviously it’s 1980,” Kushma said. “During the book fair, children will get to choose two books of their own liking — as it’s known that students will read what they pick out themselves — and the rest of the books will be donated to the school library. The books that the children will choose from will emphasize diversity and include biographies and non-fiction on important figures and events that have long been left out of history class.

“As soon as we know New Jersey is going back to school, we will reach out to the principal and organize the book fair,” Kushma added. “And I’m sure it’s going to be equally important in the fall because the kids probably haven’t been reading as much due to the pandemic.”