Marcus Jonas is a senior captain for the men’s lightweight rowing team. In 2018, Jonas earned second-team All-Ivy League honors while stroking the first varsity eight to silver medals at both the Eastern Sprints and the IRA National Championship, as well as a quarterfinal appearance at the Henley Royal Regatta. Jonas once again stroked the 1V in 2019, capturing a second consecutive IRA silver medal. Off the water, Jonas serves as a Student-Athlete Wellness Leader and SCORRE Leader, and is also the Vice President of his eating club. He has served as a course assistant in the MAE department, and as part of a summer internship, co-created a program to help distribute clean water to rural Filipino communities. From London, England, Jonas is studying Mechanical & Aerospace Engineering.

Ali Munson is a senior captain and pole-vaulter for the women’s track & field team. Munson earned two second-team All-Ivy honors in her Princeton career, becoming only the fifth woman in Ivy League history to vault over four meters indoors. She is a member of the USTFCCCA All-Academic team, and was recognized as the track team’s 2019 Diamond Award recipient for her inspiring championship meet performance. Off the track, Munson gives back to her community as a Student-Athlete Wellness Leader, a mentor in the Princeton chapter of Best Buddies and as a leader for the University’s Outdoor Action Program. This past year, she established a team partnership with the Smith Family Foundation to foster educational opportunities for students in the Trenton District. Munson is a Neuroscience major from Lisle, Illinois. 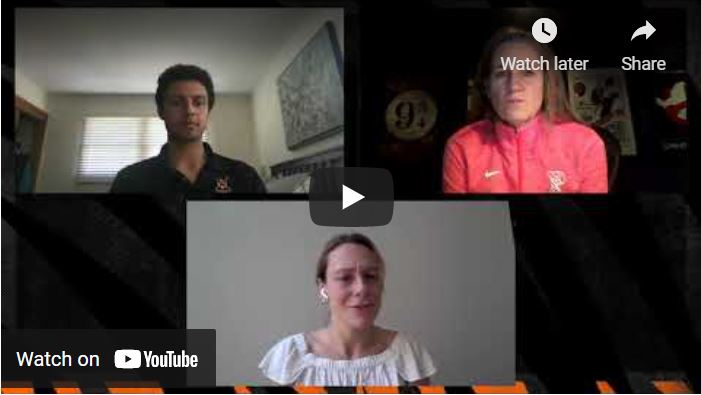 Thanks to our partner, PNC, for their continued support of Princeton Athletics and the student-athletes who represent Princeton.
2021-05-13
the PVC
Share !