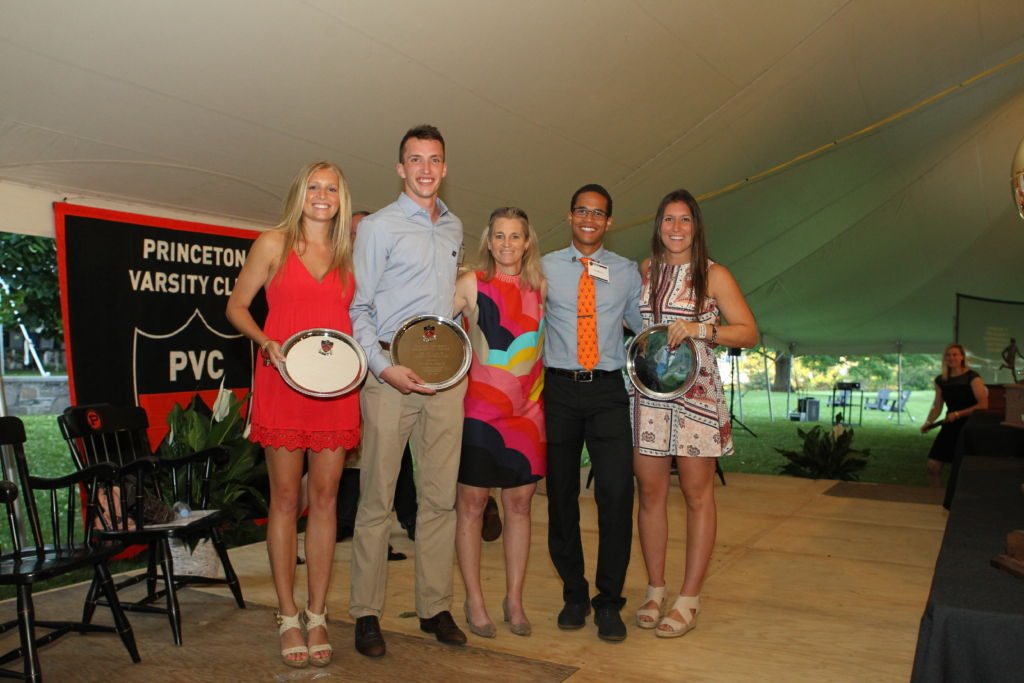 At the conclusion of each academic year, the Princeton Varsity Club distributes several awards and honors as part of the Gary Walters ’67 PVC Awards Banquet. Awards are given out in recognition of athletic excellence, academic achievement and service to the community and pay tribute to exceptional student-athletes, distinguished alumni and supporters of Princeton Athletics. Please click the links below to learn more about each award, and to view a historical list of past recipients.

C. Otto von Kienbusch Award
Awarded annually to a Princeton senior woman of high scholastic rank who has demonstrated general proficiency in athletics and the qualities of a true sportswoman. Presented in memory of C. Otto v. Kienbusch ’06, friend and benefactor of women’s athletics at Princeton.

William Winston Roper Trophy
Awarded annually to a Princeton senior man of high scholastic rank and outstanding qualities of sportsmanship and general proficiency in athletics. Presented by Mrs. William W. Roper and the Class of 1902.

Art Lane ’34 Award
Awarded to an undergraduate athlete in recognition of his or her selfless contribution to sport and society. Given in memory of Art Lane ’34 by friends and family.

Lorin Maurer h78 Award
Awarded to that member of the Princeton Athletics family who best reflects the passion, dedication and infectious enthusiasm that defined Lorin Maurer’s character and her inspiring impact on colleagues and friends. Awarded in the memory of Lorin Maurer h78, 1978-2009.