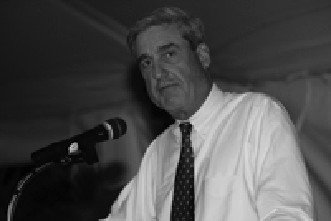 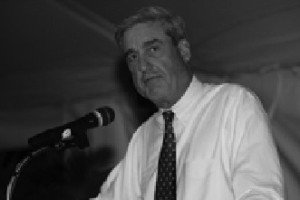 Excerpts from the acceptance speech of the 2006 Citizen-Athlete Award recipient: Bob Mueller ’66

“It now has been forty years since we in the Class of 1966 graduated from Princeton. An occasion such as this triggers reflections on how Princeton, and more particularly sports at Princeton, shaped our lives.”

“When we consider the influence of sports on our lives, we tend to think of the values derived from sports: leadership, discipline, teamwork, and handling defeat. But for me, along with these values, it was the people I met — my teammates, coaches and others on the teams — who had the most profound impact on my life.”

“And, looking back, one teammate emerges as a central figure who inspired and influenced me, and many of my classmates as well. He was a teammate on our 1965 lacrosse team.”

“In that Spring of 1965 I was a junior. I played lacrosse with a senior by the name of David Hackett. He was a superb soccer player; indeed, there is a soccer trophy named for him. He was also a good lacrosse midfielder; perhaps not the best on the team. But he was a determined, natural leader. He enjoyed nothing more than going headfirst into the mud to pick up a ground ball. David Hackett graduated that spring, and was far from our thoughts as we went on to our senior year.”

“A year later — 1966 — as we were graduating from Princeton, many of us were faced with deciding how to respond to the call of the war in Vietnam. David Hackett was once more in our thoughts. After graduating from Princeton he had joined the Marine Corps. He had served as a leader and model on the playing fields of Princeton. Once again we saw in him inspiration and leadership.”

“As we graduated we learned that Dave was in Vietnam serving as a rifle platoon commander. And then in the Spring of 1967, David volunteered for yet a second tour in Vietnam. But on April 29, 1967, as he led his men against an NVA contingent, David was hit in the head by a sniper’s bullet just south of the DMZ.”

“One would have thought that the life of a Marine, and David’s death in Vietnam, would argue strongly against following in his footsteps. To the contrary, many saw in him the person we all wanted to be. A number of his former friends, teammates and associates joined the Marine Corps because of him, as did I.”

“A teammate can change your life. David Hackett changed mine. It is to him that I owe this award, and in remembering him, that I gratefully accept this award. David, this is for you.”