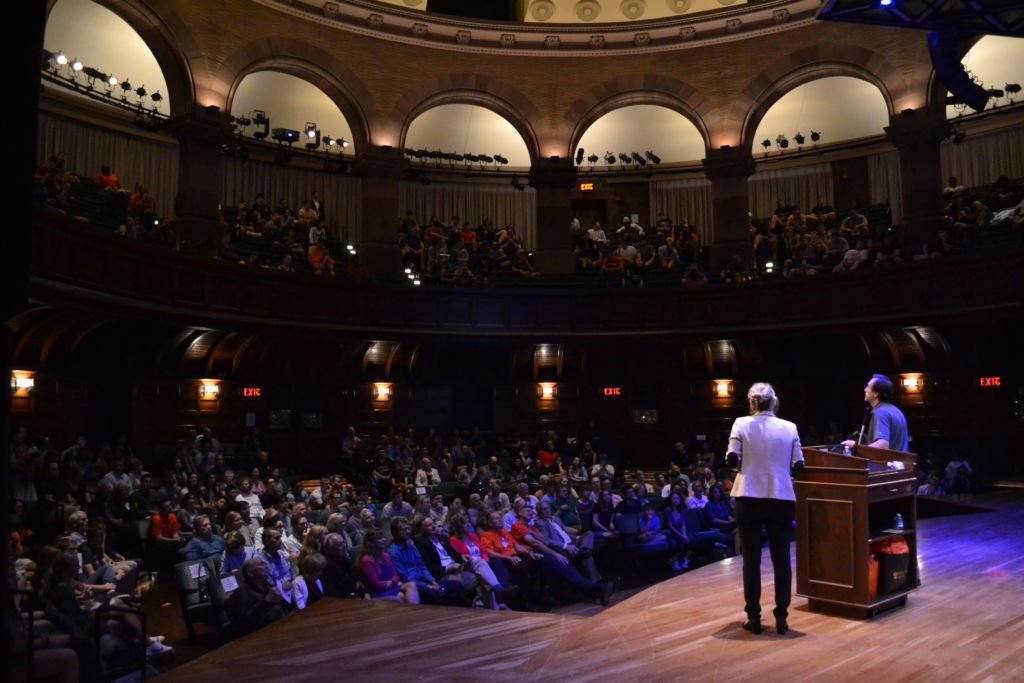 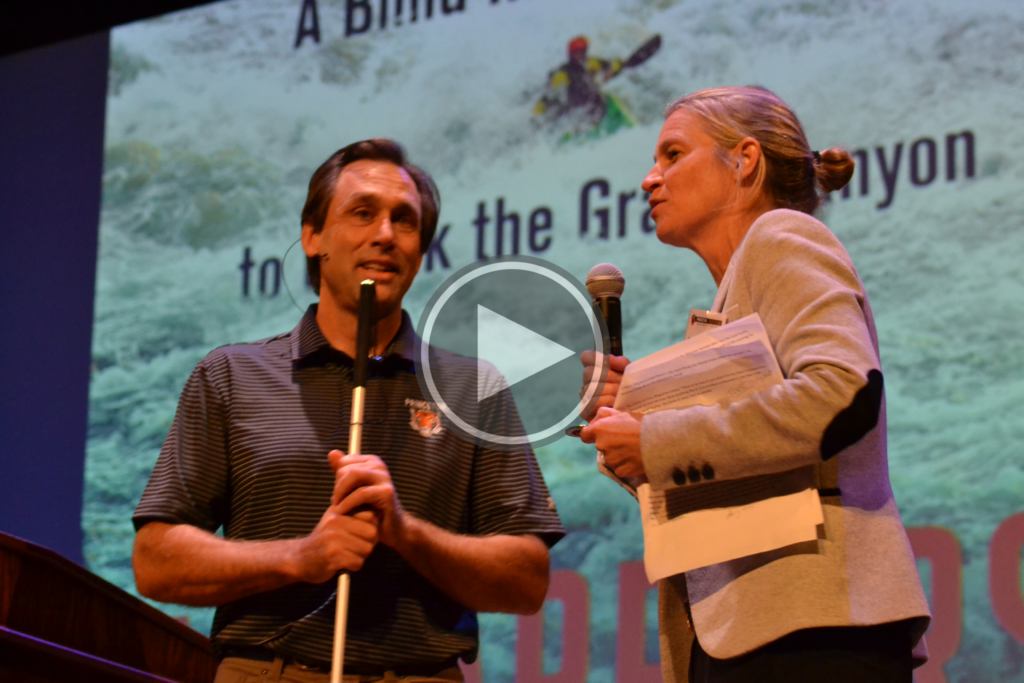 The Princeton Varsity Club welcomed Erik Weihenmayer to campus on Wednesday, October 10th as part of the Jake McCandless ’51 PVC Speaker Series. Erik is a truly inspiring person whose accomplishments are vast, including being the only blind person to climb the Seven Summits and earning recent recognition as one of the 25 greatest adventurers in the last 25 years after kayaking the Grand Canyon and its 70 rapids.

Erik is also an author and film producer, but his major life accomplishment is founding the non-profit No Barriers, which helps thousands of challenged people annually to be their best selves.  No Barriers helps people with challenges “turn into the storm of life, face barriers head on, embrace a pioneering and innovative spirit and team up with great people to live lives rich in meaning and purpose.” The No Barriers motto is “What’s Within You Is Stronger Than What’s In Your Way” and Erik shared the emergence and purpose of this motto to the Princeton community. As a blind adventurer who has climbed Mt. Everest and kayaked the Grand Canyon, Erik understands better than most that barriers are real, not merely perceived, and that that obstacles encountered can either stop us in our tracks, or we can figure out a way to harness them and propel ourselves to new places that we would never get to in any other way. 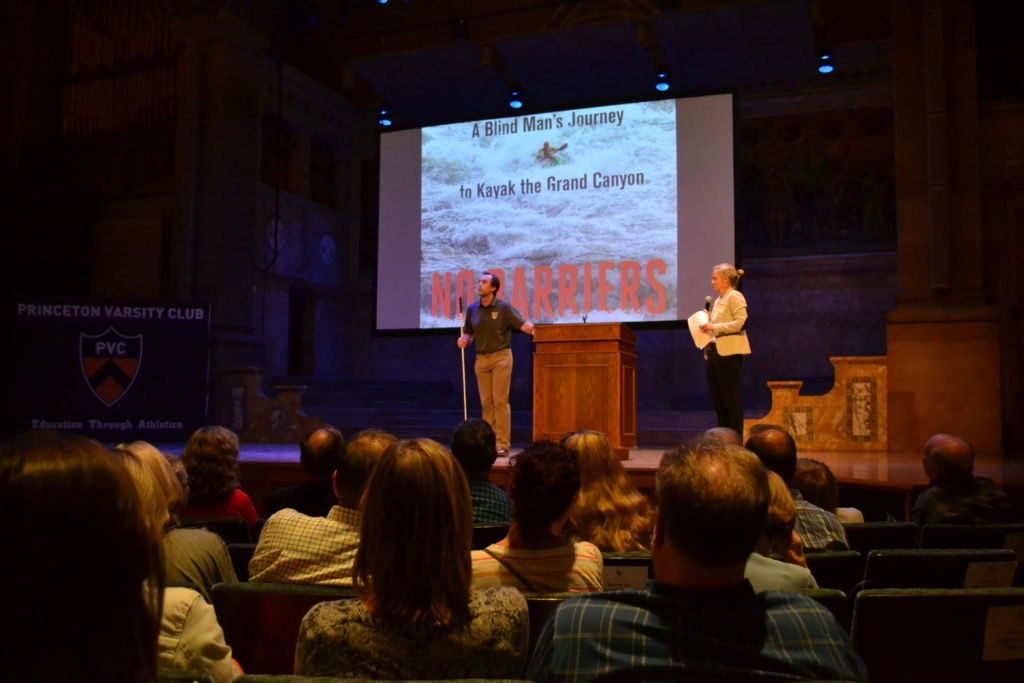 Erik shared with the Princeton University students, staff, coaches and greater community his story of going blind as a freshman in high school, and how he used this disability and challenge as fuel to achieve so many of his dreams while inspiring and enabling others along the way. While becoming the first blind person to reach the summit of Mt. Everest is an amazing achievement, Erik emphasized just how important it is to have a good rope team to support you along the way. He explained that your rope team is the difference between success and failure and supporting one another is crucial for anyone who is facing any type of challenge.

The lessons Erik learned in the months after returning home from the top of the world are what Erik used to begin and grow his non profit, No Barriers and what motivate him every single day. He explained, “The real summit and culmination is coming down the mountain and using those struggles and experiences to elevate our everyday lives, and the world.” He left the Princeton community with this motivational analogy: “When faced with a challenge there are three types of people: those who climb, those who camp, and those who quit. Those who quit are self-explanatory, those who camp are complacent and plateau, and those who climb achieve a lot more than just the summit.” Through his experiences, stories, and videos, Erik encouraged and inspired everyone in attendance to face challenges head on, in school, during athletic competitions, and beyond.

A highlight video from the day’s event can be viewed here.

A photo gallery from the day’s event can be viewed here. 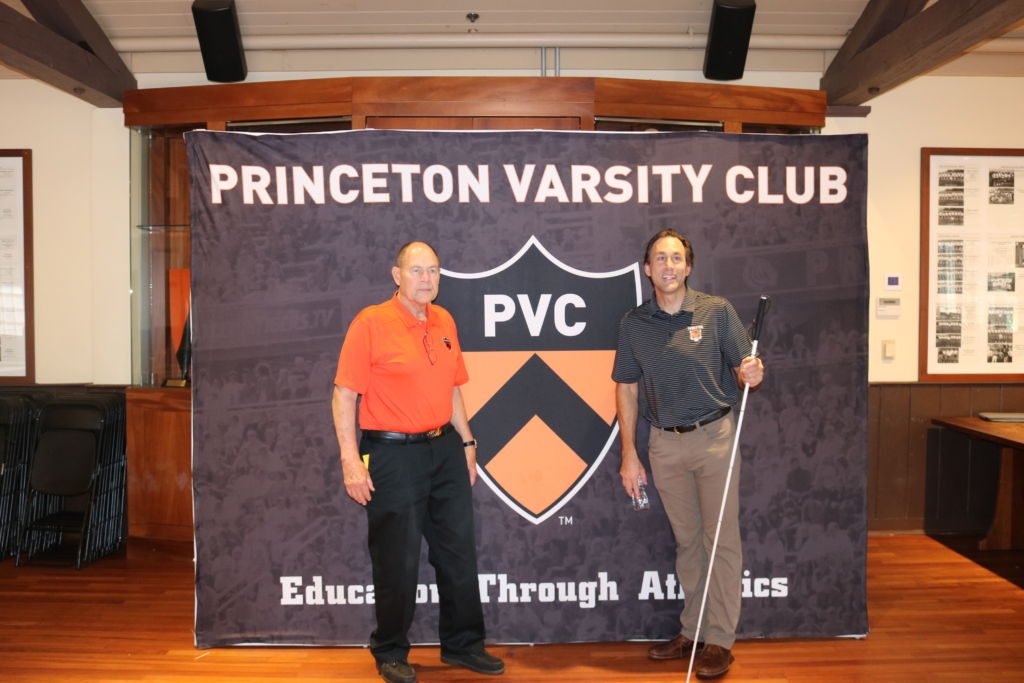 The Jake McCandless ’51 PVC Speaker Series was endowed in the name of J.L. “Jake” McCandless ’51, who coached Princeton to the 1969 Ivy League football championship during the Tigers’ centennial year of football. Click here for a list of past featured speakers.