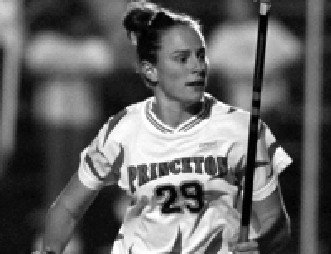 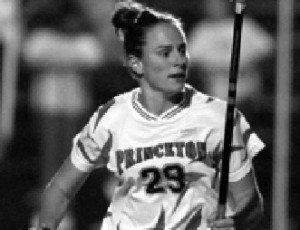 Excerpts from the PVC News article – “Walk this Way”

“I was disappointed that I got into Princeton…I didn’t think I could make their team and I was really sad because it was Princeton Lacrosse: Home of the 1994 NCAA Champions.”

“I called Coach Sailer and said that I can run a 7:13 mile…I asked if I could play on her team. She said, that if you can get it down another minute, I’ll think about it…”

“It was so frustrating every day in practice because I was just not successful. It was so hard because I so badly wanted to get better, but I couldn’t. No matter how hard I worked, I just could not get any better.”

“I remember coming home from our final game my freshman spring…I thought I wouldn’t play my sophomore year. It was just too frustrating, too hard. I thought that I wasn’t strong enough for another year.”

“I picked up the packet [the summer workout program mailed to her following her freshman year] and said to myself that as long as I have this opportunity, I have to continue. Playing lacrosse at Princeton was one of the best things I had ever done.”

“Every year I think that I work as hard as I possibly can. Every spring I realize that I could have worked harder. I try not to set impossible goals like starting at Princeton. That would be too discouraging.”

“All I ever wanted was to play college lacrosse.”

Hannah Foster became only the second walk-on to start for a Chris Sailer team. She walked away from Princeton with two NCAA championship rings.