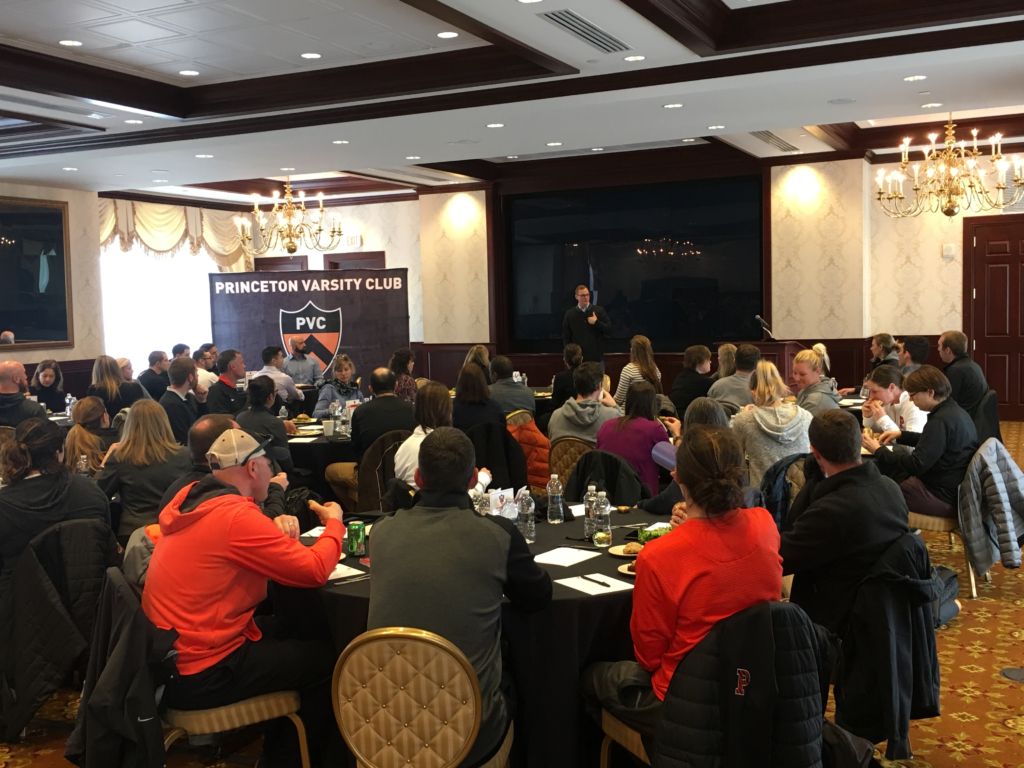 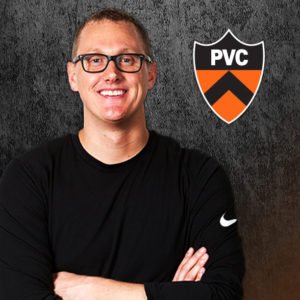 The Princeton Varsity Club welcomed Brett Ledbetter, author of What Drives Winning and thought partner for some of the top coaches in college and professional sports, to Princeton’s campus on Wednesday, April 11th as part of this year’s Jake McCandless ’51 PVC Speaker Series.

The day began with Ledbetter hosting an interactive workshop-style luncheon at Nassau Inn for Princeton coaches, staff and Academic-Athletic Fellows. Ledbetter spoke to building team cohesion and character development, while challenging those in attendance to contemplate “what makes you want to be great, and what do you sacrifice in an effort to achieve such aspirations?” 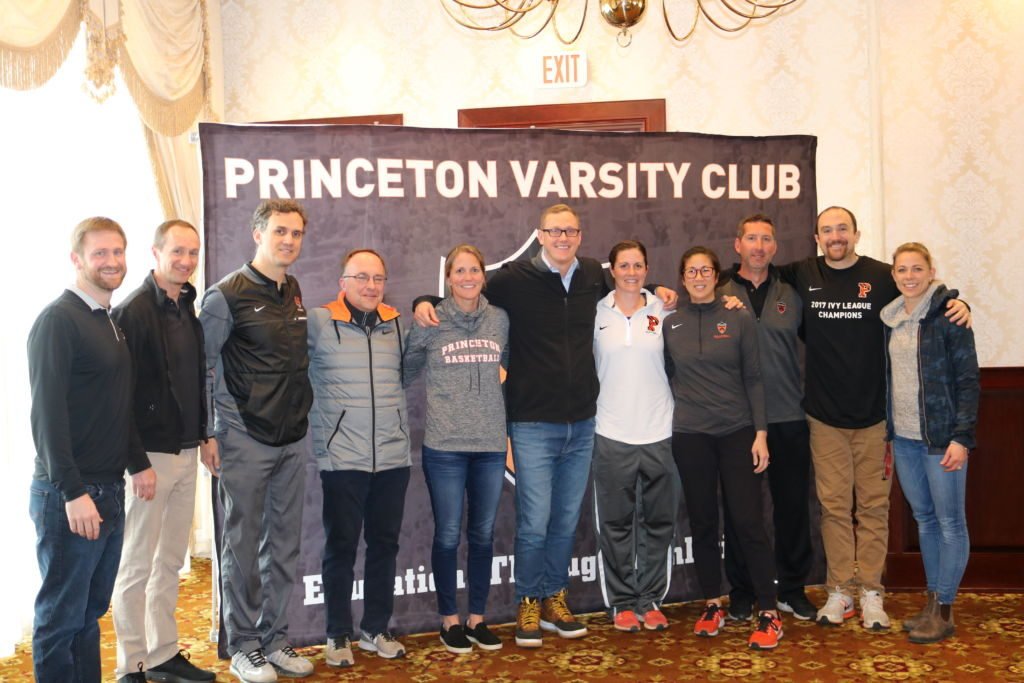 Following a private dinner with a number of student-athletes and head coaches, Ledbetter hosted the featured program titled “A Conversation about Building Culture, Developing Character, and the Link to High Performance.” Those in attendance in McCosh Hall included student-athletes, coaches/staff, campus affiliates and community members, with discussion ranging from perspectives on achieve to character development to prioritizing “growth over outcome.” 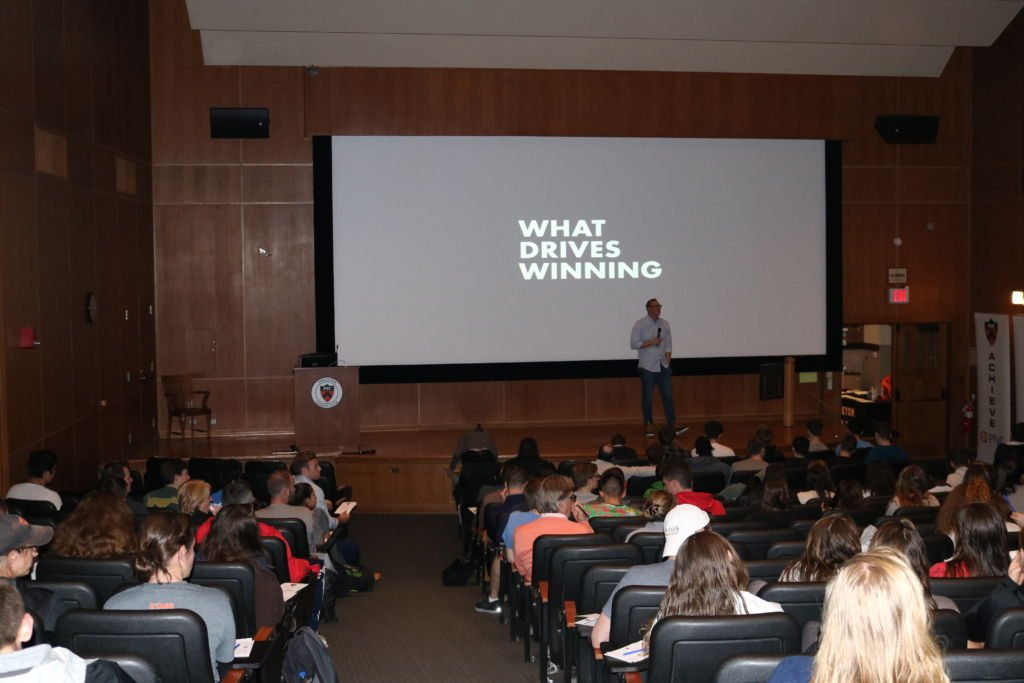