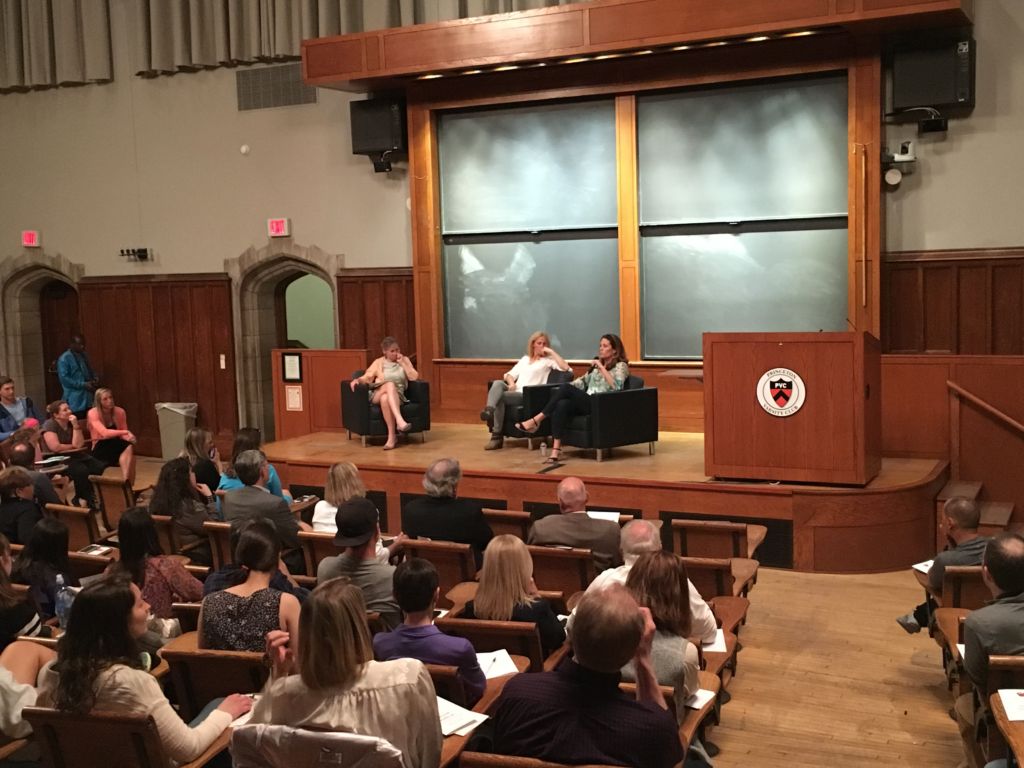 Ford Family Director of Athletics Mollie Marcoux ’91, herself a soccer (and ice hockey) player at Princeton, served as the moderator for the evening. Lilly and Foudy opened the program with some brief remarks around their experiences and the state of women’s athletics, followed by some questions from Marcoux and the McCosh Hall audience, comprised of Princeton student-athletes, faculty and staff, and Princeton community members alike. 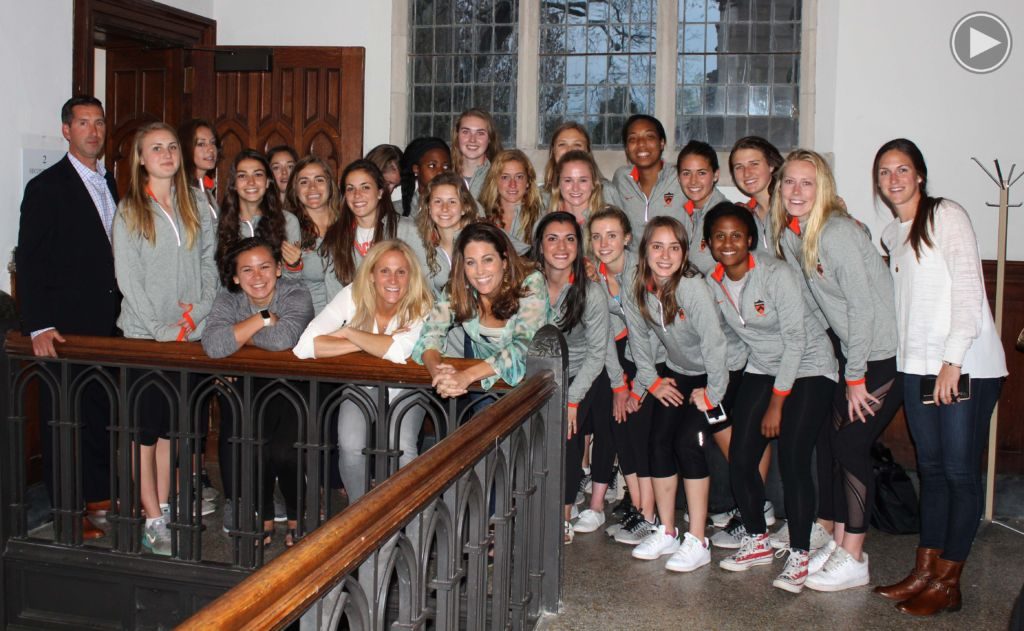 No soccer player, male or female, has represented his or her country in international play more than Kristine Lilly (352 career caps). Julie Foudy is fourth on that list.  As U.S. Women’s National Team teammates from 1987-2004, they won multiple World Cups and Olympic gold medals.

Foudy and Lilly talked about how they made national team as high schoolers. Yet, at that time there was no Women’s World Cup and no women’s soccer in the Olympics. Even after their first World Cup title in 1991, there was little fanfare or recognition upon their return home to the states.  That all changed during the World Cup championship run in 1999 (hosted here in the United States).  That tournament and championship result has done more than any single athletic event to bring women’s athletics in the mainstream.

Lilly and Foudy also shared advice on their team experiences and how that pushed them personally on and off the field. Both spoke about what it meant to them to be a real, true team, rather than a bunch of individuals. They talked about how everyone on the team embraced her role, and it took all of them together, even the ones who didn’t play in the games, to become champions.  They talked about how close everyone on the team was, and how much they miss not seeing each other regularly anymore. Another important aspect the two touched on the Princeton Athletics theme of “Achieve, Serve, Lead.”  Foudy explained leadership is personal rather than a product of position.  They also suggested service should come from a motivation to make a change, rather than pressure to check a box on a college application.  To them it comes down to passion and how one can pursue it.  Lilly and Foudy ended with one last piece of advice: have fun and play to win. One doesn’t have to exclude the other.

Thank you to all that came out for the Jake McCandless ’51 PVC Speaker Series. A highlight video recap to follow.

A detailed summary of both Foudy and Lilly’s accomplishments can be viewed below:

Julie Foudy is a former captain of the U.S. Women’s National Team and one of the most accomplished female soccer players in the world. Foudy graduated from Stanford University in 1993 where she was a four-time All-America and National Player of the Year. From 1987 to 2004, Foudy was a mainstay in the midfield for the U.S Women’s National Team, amassing 272 international appearances and capturing two World Cup championships (1991 and 1999) as well as two Olympic gold medals (1996 and 2004). Foudy served as the U.S. Women’s National Team’s co-captain from 1991-2000 and captain from 2000 through her retirement in 2004.

Foudy was inducted into the National Soccer Hall of Fame in 2007. Following her retirement, Foudy joined ESPN, where she continues to serve as a feature reporter and lead television voice (studio and game analyst) for U.S. Soccer and World Cup coverage. In 2006, Foudy launched The Julie Foudy Sports Leadership Academy for girls ages 12-18, which integrates the pillars of sports and leadership.