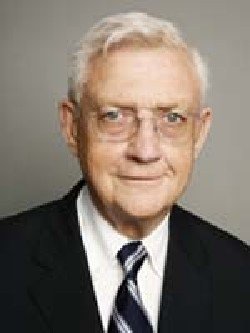 John Doar ’44 placed himself squarely at the center of the civil rights movement from 1960-1967 as an attorney with the United States Justice Department and Assistant Attorney General for Civil Rights.

Doar was by James Meredith’s side as he repeatedly attempted to register as the first black student at the University of Mississippi in 1962. After he enrolled, he stayed with Meredith as 100 U.S. Marshals were injured during an assault by a vigilante mob.

He helped prevent rioting in Jackson, Mississippi after civil rights leader Medgar Evers was assassinated in 1963. “Tie knotted, shirt sleeves rolled up, Doar stepped between a cordon of itchy-fingered lawmen and angry black protesters, announced himself as a federal official and talked the demonstrators into dispersing. It was 103 degrees. Reporters were certain troopers and deputies were going to open fire at any moment, sparking a massacre” (Gilbert, Craig., “Doar stood tall in fight for civil rights in south.” Milwaukee Journal-Sentinel 9 August 2009).

In 1965, Doar was with President Johnson as he signed the Voting Rights Act into law, describing it as “one of the greatest pieces of legislation ever enacted.” In 1967, Doar served as prosecutor in the “Mississippi Burning Trial,” which saw the first-ever conviction in Mississippi for the murder of a civil rights worker. The New York Times called the verdict “a measure of the quiet revolution that is taking place in southern attitudes” (learn more here).

He is the 2000 recipient of the Class of 1967 PVC Citizen-Athlete Award, and the 1975 recipient of Princeton’s Woodrow Wilson Award.