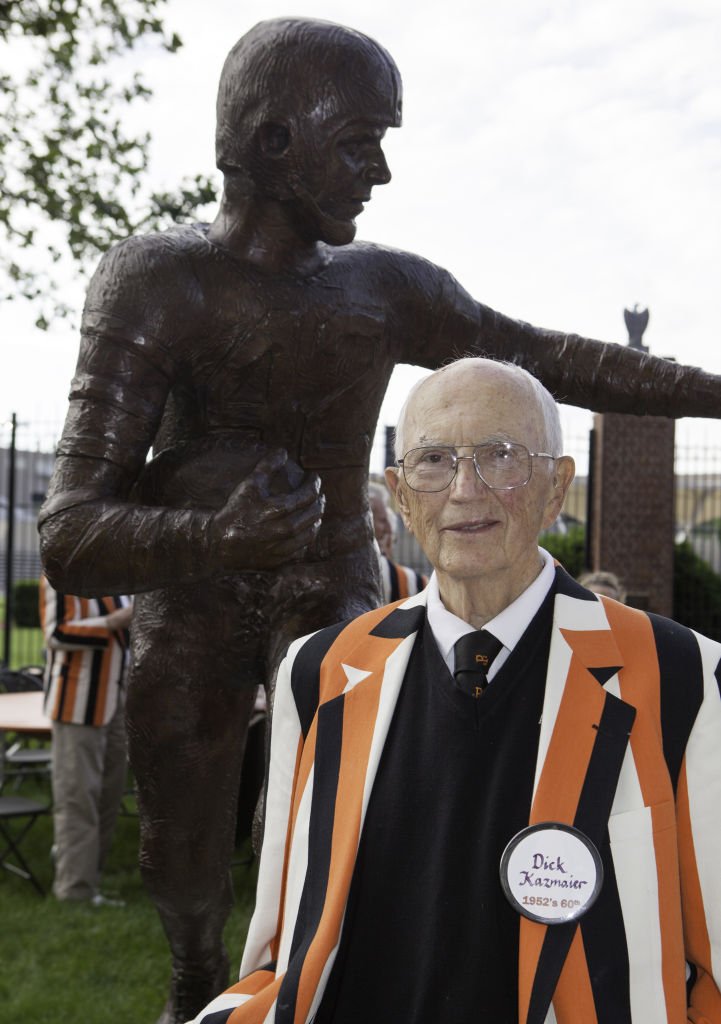 Kazmaier, the 1951 Heisman Trophy winner and a 1966 inductee into the College Football Hall of Fame, has been the face of Princeton Football since his days as an undergraduate, when he led Princeton to the 1950 national championship. He is Princeton’s only Heisman Trophy winner, and the most recent of three in Ivy League history to win the sport’s most prestigious honor.

“Today Princeton University, the Tiger Athletic Program and Tiger Nation are mourning the loss of Dick Kazmaier ’52, one of our most accomplished student-athlete icons of the 20th Century,” said Director of Athletics Gary Walters ’67. “In addition to having won the Heisman, #42’s most enduring trait for me was that he also was a dignified ‘Wise Man.’

“Notwithstanding all of the achievements in his athletic, business and philanthropic endeavors, Dick remained one of the most self-effacing individuals I have ever met. He never sought the spotlight and always led in a thoughtful and ethical manner.

“Indeed, Dick was also the father of six daughters and he became a major force behind the scenes as he helped to implement the Title IX Legislation that was passed in 1972 in order to provide equal competitive opportunities for women in college.

“As is the case with many of his Princeton friends, Dick was a personal mentor and advisor for me in my role as Athletic Director; and I will miss him dearly as a friend.”