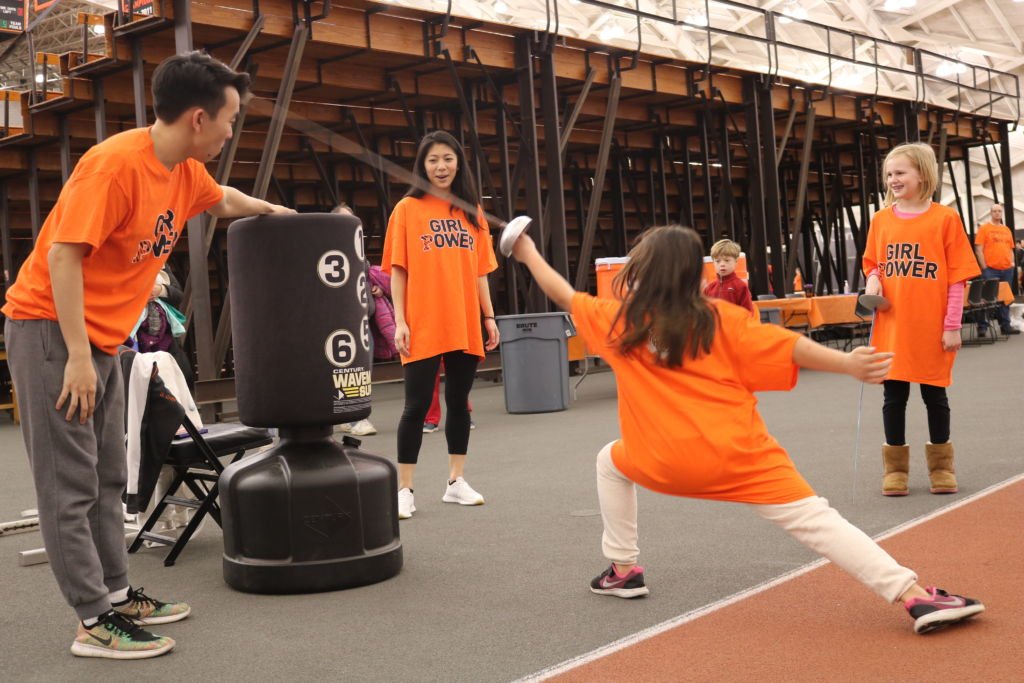 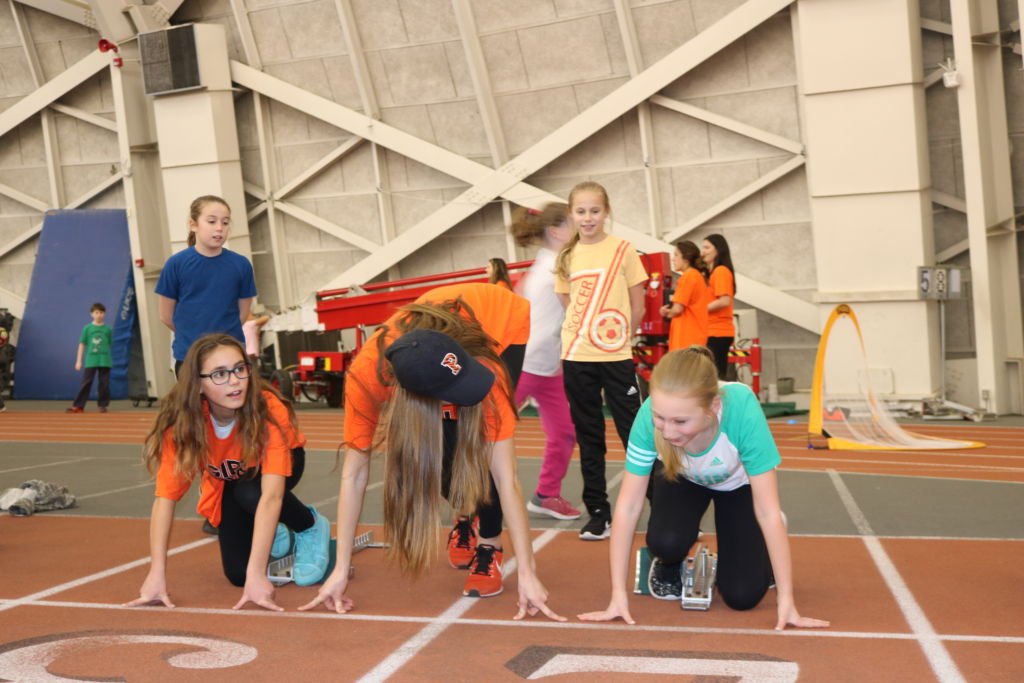 This year marks the 32nd anniversary of the annual National Girls & Women in Sports Day (NGWSD), a national observance celebrating the extraordinary achievements of women and girls in sports. In honor of this day, the Princeton Varsity Club (PVC) and Princeton Department of Athletics have partnered to host a NGWSD Youth Sports Clinic administered by our Tiger student-athletes. This special event, historically coupled with a home women’s basketball game, has been held for over a decade and serves as an annual recognition of National Girls & Women in Sports Day. This clinic provides an opportunity for Princeton female student-athletes to interact and mentor children from the greater Princeton community while bonding over a genuine love for athletics.

Click here to view a photo gallery from the NGWSD event. 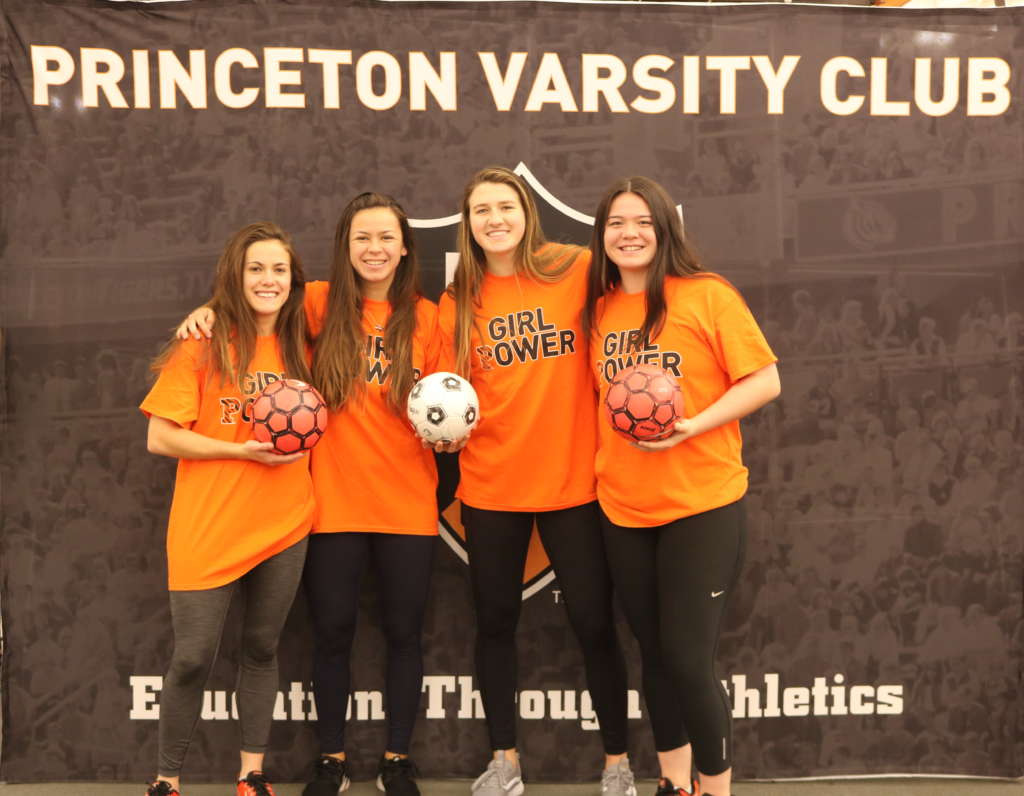 This year’s clinic, which was recently held on Saturday, March 3rd, was a tremendous success with more than 50 female student-athlete participants from 12 different varsity women’s teams. Jadwin Gym’s indoor track was transformed into 15 sports/activity stations, where our Princeton student-athletes taught the fundamentals and techniques associated with their respective sport(s) to the nearly 200 children in attendance. After excitedly interacting with Princeton female student-athletes throughout the one-hour event, the children enjoyed free admission to watch Princeton women’s basketball defeat Yale 64-53 to claim the outright Ivy League Championship and #1 seed the upcoming Ivy League Basketball Tournament. 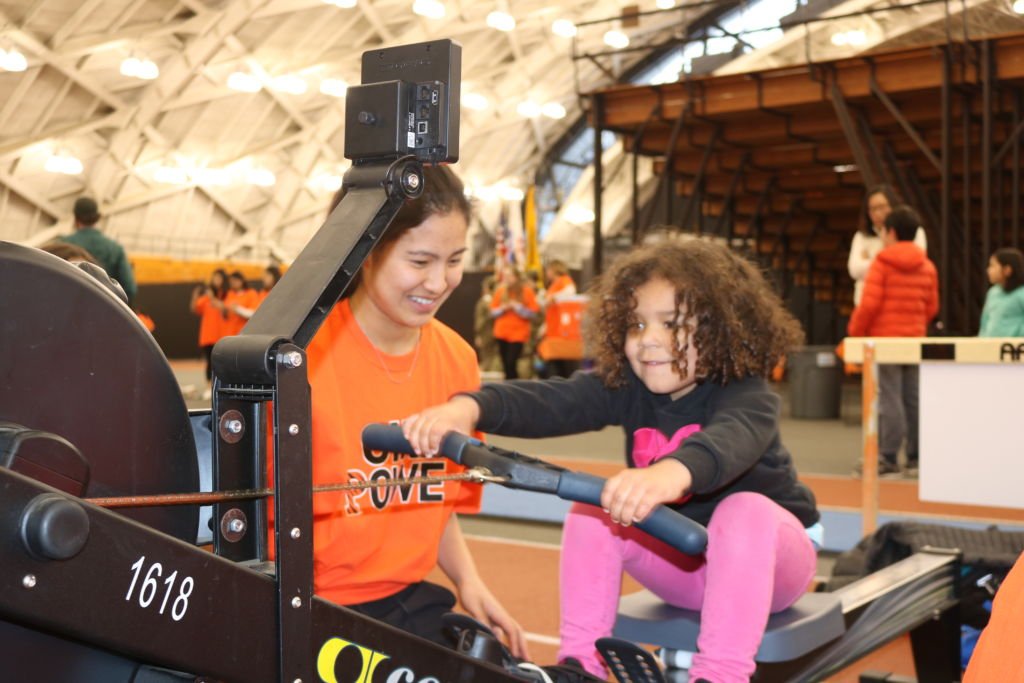 Among the 200 clinic attendees were several community groups, including the Girls Scouts, EcoReps and the Princeton Youth Hockey Association. The women’s basketball game, in concert with the Youth Sports Clinic, was presented by Robert Wood Johnson University Hospital Hamilton – part of RWJBarnabas Health, the official healthcare system of Princeton Athletics – who aim to promote a healthy and active lifestyle.