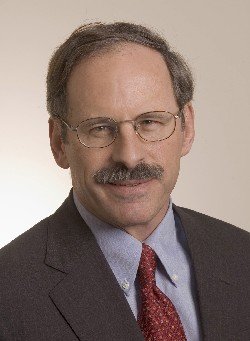 The Princeton Varsity Club was pleased to welcome Stuart Taylor ’70 back to campus as part of the Jake McCandless ’51 PVC Speaker Series. Taylor presented his lecture, “Until Proven Innocent: An Examination of the Duke Lacrosse Case” at McCosh 50 on the campus of Princeton University on Thursday, October 18, 2007.

Stuart S. Taylor, Jr. is a weekly opinion columnist for National Journaland contributing editor for Newsweek, writing about legal, policy and political issues of national and international importance. Some of his columns are republished by legal publications including Legal Times. He has won various journalism awards and appeared on all major television and radio networks, including ABC, CBS, NBC, CNN, MSNBC, Fox, The News Hour with Jim Lehrer, Court TV, C-Span, National Public Radio, BBC, Canadian Broadcasting, Australian Broadcasting. He is also a nonresident senior fellow with the Brookings Institution and co-author, with KC Johnson, of a new, critically acclaimed book, Until Proven Innocent: Political Correctness and the Shameful Injustices of the Duke Lacrosse Rape Case.

Taylor graduated from Princeton University in 1970 with an A.B. in History. After working as a reporter for the Baltimore Evening Sun andSun from 1971-1974, he moved to Harvard Law School, serving as a note editor for the Harvard Law Review and graduating in 1977 with high honors, at the top of his class. Among other awards, he won a Frederick Sheldon Traveling Fellowship, which he used to travel around the world during the academic year 1977-1978.

Taylor practiced law with Wilmer, Cutler & Pickering from 1978-1980. He joined the New York Times Washington Bureau in 1980, covering legal affairs from 1980-1985 and the Supreme Court from 1985-1988. Since then he has written commentary and in-depth magazine articles for The American Lawyer, Legal Times and their affiliates from 1989-1997 and for National Journal and Newsweek since 1998. He has also been published in other periodicals including The New Republic, Harper’s, Reader’s Digest, The Los Angeles Times, and The Washington Post and has contributed chapters to various books.

Taylor taught a one-semester seminar at Princeton University, “Writing About Law,” as McGraw Distinguished Lecturer in Writing for 1988. He lives in Washington with his wife, Sally Lamar Ellis, and daughters Sarah and Molly. He is 59 years old.

Taylor’s journalism honors include a share of The American Lawyer’s National Magazine Award in 1991 for a March 1990 special issue on the drug war; being a finalist for a National Magazine Award in 1997 for an article in The American Lawyer on the Paula Jones sexual harassment lawsuit, and in 1993 for two articles in The American Lawyeron the legal-lobbying battle between the Baby Bells and their competitors; a second-place National Headliner Award in 2002 for best special magazine column on one subject; the 1991 Golden Quill Award for Excellence in Editorial Writing, from the International Society of Weekly Newspaper Editors; a special citation in 1990 from the Penn State School of Communications for Improving Journalism Through Critical Evaluation; and a nomination by The New York Times in 1988 for a Pulitzer Prize for his Supreme Court coverage.