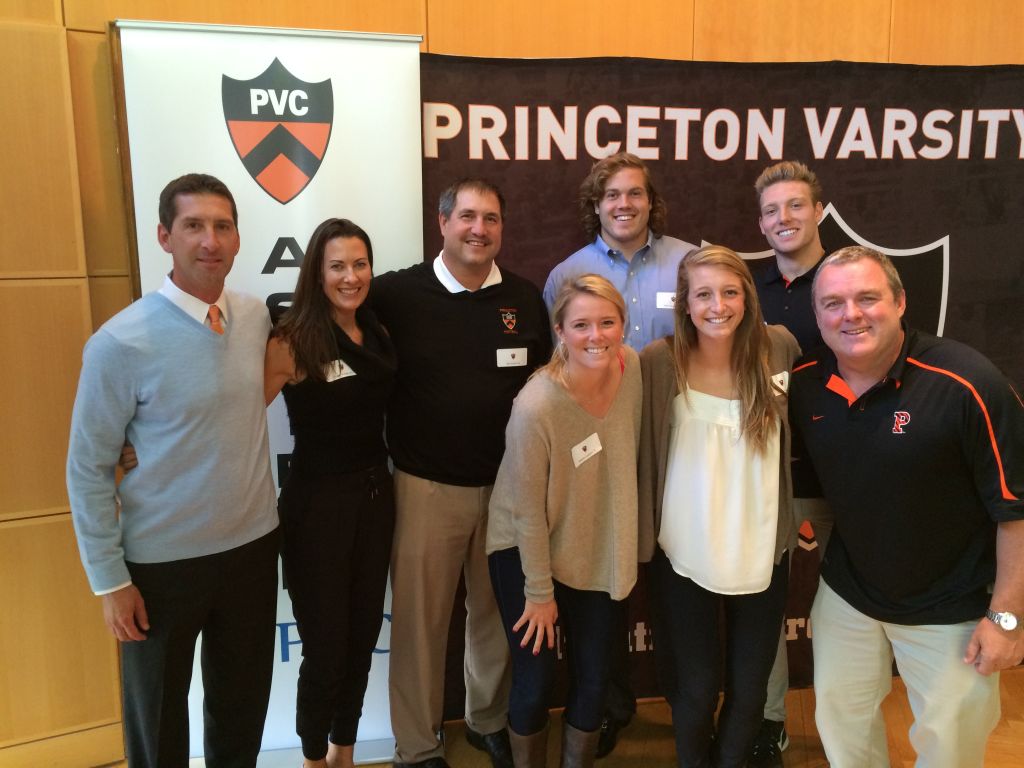 The Princeton Varsity Club held its Fall Coaches Luncheon on October 15th, where university and community partners alike gathered to hear remarks from a selection of fall head coaches and accompanying student-athletes.

Those teams in attendance included Field Hockey, Football, Women’s Soccer and Men’s Water Polo. Each featured head coach, including Kristen Holmes-Winn (Field Hockey), Bob Surace ’90 (Football), Sean Driscoll (Women’s Soccer) and Luis Nicolao (Men’s Water Polo), highlighted their respective 2015 squads, provided updates on their fall season to date and spoke to their program’s role in the Princeton Athletic Department’s mission of “Education Through Athletics,” all while competing at a championship-level.

Each head coach then turned the floor over to one of their student-athletes to speak to their Princeton journey, and the opportunities Athletics has afforded them to Achieve, Serve and Lead on the playing field, in the classroom and beyond. Featured student-athletes included:

While the luncheon occurred during the mid-point of the fall season, Field Hockey, Women’s Soccer and Men’s Water Polo, joined by Women’s Volleyball and Women’s Cross Country, proceeded to capture their respective league championships. These five league championships capped a tremendous fall for Princeton Athletics.