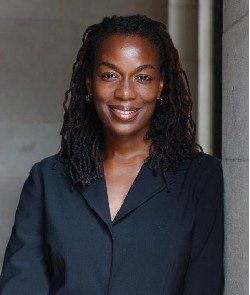 Valerie Purdie-Vaughns, an assistant professor in the psychology department at Yale University, visited campus in the Spring of 2006 as part of the Jake McCandless ’51 PVC Speaker Series. Professor Purdie-Vaughns delivered a lecture titled “Identity and Stereotype Threat: Powerful Influences for Student Development, Achievement, and Performance.” Purdie-Vaughns presented research surrounding the contributing factors to Stereotype Threat and how all groups are stereotyped in some manner, including student-athletes. She further examined how Stereotype Threat alters performance in the classroom and on the playing field.

An accomplished scholar, Purdie-Vaughns earned her B.A. in psychology from Columbia and her Ph.D. from Stanford. She has published several articles in her field, including multiple appearances in the Journal of Personality and Social Psychology. One recent feature examined sensitivity to status-based rejection and the implications for African-American students’ college experience.

Prior to joining the Department of Psychology at Yale, Purdie-Vaughns served as the director of the “I Have a Dream” Foundation of the Southfield Village Public Housing Project in Stamford, Connecticut.

Purdie-Vaughn’s primary area of research is stigma and intergroup processes with a focus on social identity threat. Particular emphasis is given to how organizations such as businesses and schools can inadvertently undermine the institutional trust and intellectual performance of underrepresented minorities.

For more information on Professor Purdie-Vaughns and her research areas, please click here.