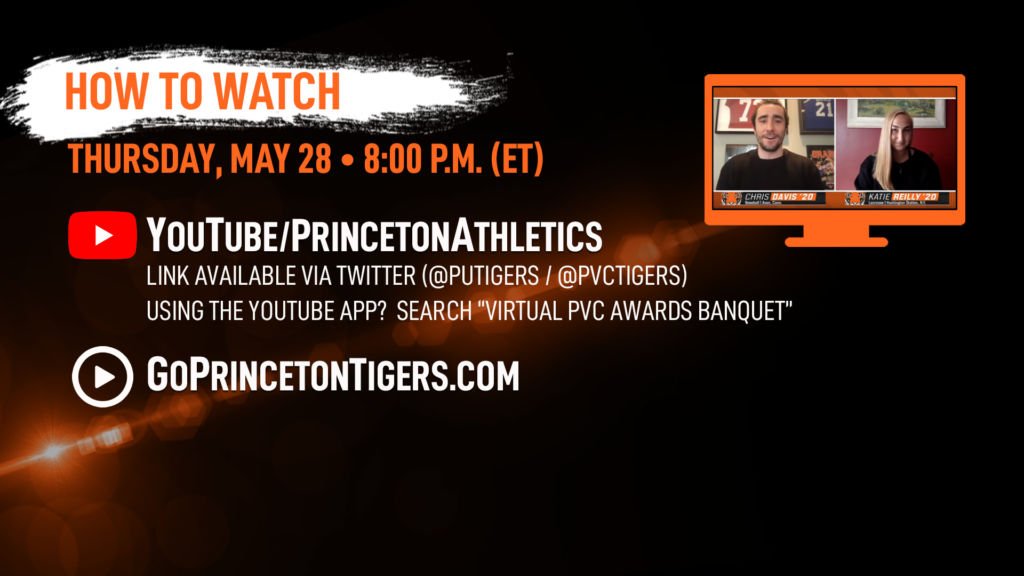 The Princeton Athletics community came together to virtually honor the Class of 2020 and their incredible accomplishments and lasting impact as part of this year’s modified Gary Walters ’67 Princeton Varsity Club Awards Banquet. The Department of Athletics hosted this virtual program the evening of Thursday, May 28th. If you were unable to join us live, the banquet is now available for replay.

As part of this virtual celebration, awards were be presented in recognition of athletic excellence, academic achievement and service to the community and pay tribute to exceptional student-athletes, distinguished alumni and supporters of Princeton Athletics (see complete award listing below). 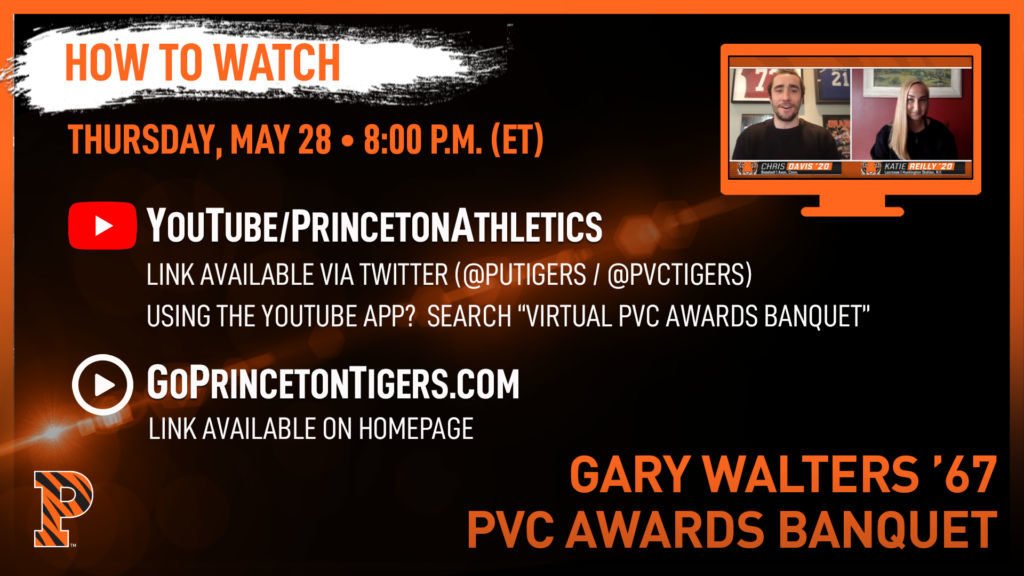 Otto von Kienbusch Award | Finalists
Awarded annually to a Princeton senior woman of high scholastic rank who has demonstrated general proficiency in athletics and the qualities of a true sportswoman. Presented in memory of C. Otto v. Kienbusch ’06, friend and benefactor of women’s athletics at Princeton.

William Winston Roper Trophy | Finalists
Awarded annually to a Princeton senior man of high scholastic rank and outstanding qualities of sportsmanship and general proficiency in athletics. Presented by Mrs. William W. Roper and the Class of 1902.

Art Lane ’34 Award | Finalists
Awarded to an undergraduate athlete in recognition of his or her selfless contribution to sport and society. Given in memory of Art Lane ’34 by friends and family.

Class of 1916 Cup | Finalists
Awarded each year to the Princeton varsity letterwinner who continuing in competition in his or her senior year achieved at graduation the highest academic standing. Given by the Class of 1916 on the occasion of its 50th reunion.

Class of 1967 PVC Citizen-Athlete Award | Wyc Grousbeck ’83
Presented by the Princeton Varsity Club for selfless and noble contributions to sport and society.

Marvin Bressler Award | Dr. Stan Katz h21 h80 h83 h85
Awarded to that member of the Princeton family who, through heartfelt support of the University’s student-athletes and coaches, best embodies a belief in the lifelong lessons taught by competition and athletics as a complement to the overall educational mission. Awarded in the spirit of Marvin Bressler, professor of sociology, 1963-94.